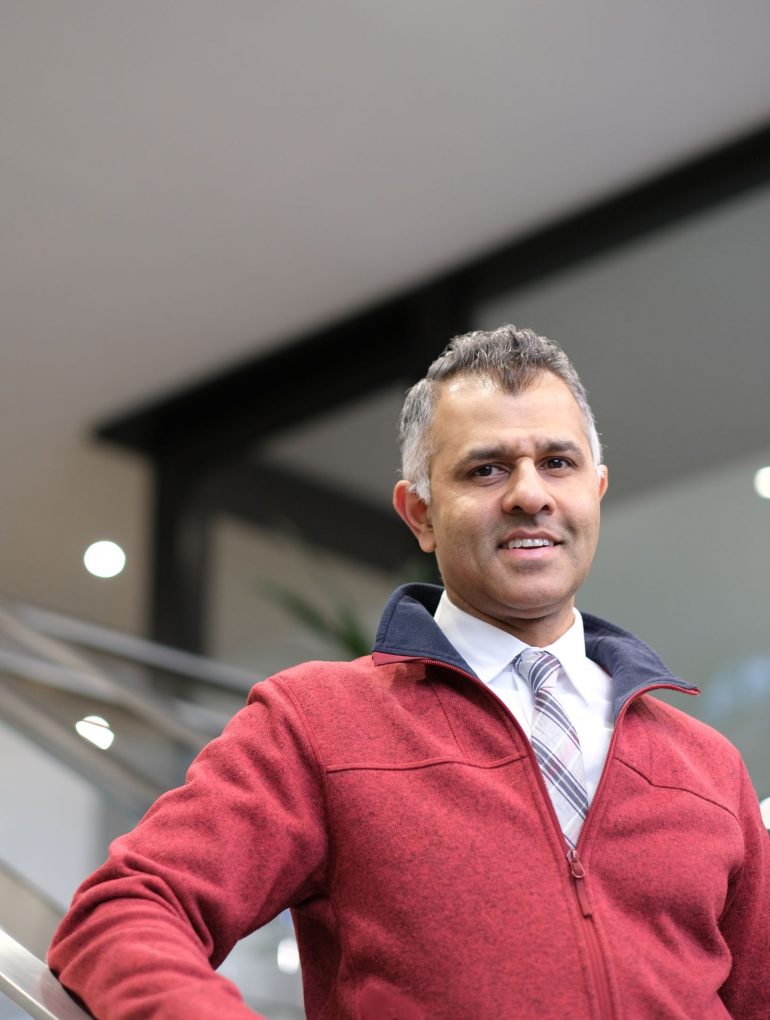 From Biomedical Engineering to Wall Street

A graduate from the Institute of Biomedical Engineering at the University of Toronto (2008), Dr. Rahul Sarugaser took an unconventional step away from benchtop science and ventured into the world of investment.

A graduate from the Institute of Biomedical Engineering at the University of Toronto (2008), Dr. Rahul Sarugaser took an unconventional step away from benchtop science and ventured into the world of investment. Now, he is evaluating investment prospects in healthcare, biotech, and cannabis at a tier-1 investment bank in Toronto. We sat down with Rahul at his office at Raymond James Ltd. to reflect on how he began his journey in Biomedical Engineering, and his transition into a seemingly adjacent field.

What do you do at Raymond James?

I’m a Managing Director for equity research, and I cover healthcare, biotechnology and cannabis.

A lot of questions we ask here are related to biomedical engineering. For example, how do you make a more commercially viable plant? That’s genetic engineering. How do you manufacture a chocolate line out of cannabis? That’s all chemical engineering. Can you take the plant out of that manufacturing system? Through biosynthesis and bacteria, and that’s biotechnology.

My strength lies in my ability to harness my background in engineering, medicine, formulation, and chemical engineering, all the stuff that I learned in Biomedical Engineering at University of Toronto. These are the skill sets that I’m now embracing, to set myself apart as a unique equities analyst on Bay or Wall street, compared to most of my counterparts who mostly come from a financial background such as CA’s and CFA’s.

Why is having a different perspective/background important in your role?

When I was in venture capital, understanding technology was extremely important. It makes the difference between a company that’s going to succeed or fail. When you look into more mature companies, that are now on the capital markets, they are already in phase two clinical trials and beyond, meaning commercial or close to commercial. The technology is always evolving, and needs to be continuously vetted; that’s where my science and engineering background comes in.

An example is the cannabis sector, which has been a real boon for the Canadian economy. It is going to become a commodity like gas or lumber. We know that cannabis plant is composed of chemicals like THC, CBD, and terpenes. If we can manufacture these chemicals in E. Coli or yeast in fermenters or extract terpenes from fruit production, one can make the end product for 10 cents on the dollar in comparison to what it would cost to make it from a cannabis plant. Being one of the few analysts on Bay or Wall street to understand this process is highly valuable.

How did you make the transition from sciences to capital markets?

I graduated from my PhD in the summer before the financial crisis, in early 2008. After completing business school at Oxford, it was because of the connections I made in BME at UofT that landed me a fantastic spot working at MaRS. I started at MaRS with a venture capital fund, and within five months, was recruited to the Centre for Commercialization in Regenerative Medicine (CCRM) that was founded by Drs. Peter Zandstra and Michael May. I was employee number three, and spent almost five years with Zandstra and May building CCRM from a start-up; by the time I left, CCRM was on its way to about 100 people.

At CCRM I had the opportunity to engage with the Canadian venture capital community, and was fortunate enough to build a great network on the industry side too. We worked with companies like Pfizer, GSK and several big pharmaceutical companies, right through to small biotech firms. It really was a unique opportunity to watch the landscape of commercial development right from startups to mature pharma companies, and get to engage with people all along that spectrum. That was almost the perfect training ground to graduate into capital markets.

What do you think is the identity of a biomedical engineer?

One of my favorite things about biomedical engineering is that its phenotypes are so diverse. BME is composed of electrical engineers who are involved in developing prosthetics and AI, all the way to my background, which is molecular biology and drug development. What was beautiful about BME was that I interacted with peers and other students from various backgrounds. That was one of the biggest strengths of biomedical engineering. The lessons one learns and the fundamental training you get is so broadly applicable and that is what really makes it special.

I am a huge fan of UofT, the Institute, the people and the environment. But I would say that checking these boxes is not an automatic ticket to success. These components give one the foundation, but it’s up to the individual to take that and use it as a springboard to seek out other opportunities.

Knowing what you know now, do you have any advice to future students?

My PhD supervisor (John E. Davies) always uses this expression. “One volunteer is worth 10 indentured persons.” It’s been a philosophy that I’ve embraced as I’ve grown in my career, and as people have come to me for advice or mentorship. That’s something that I’ve always learned to appreciate. Someone who is enthusiastic and is willing to fight uphill to get something, has a much higher likelihood of success than someone who had it handed to them.

So, the one lesson that I share with most people is that, while intellectual horsepower is extremely important, gumption is equally important.