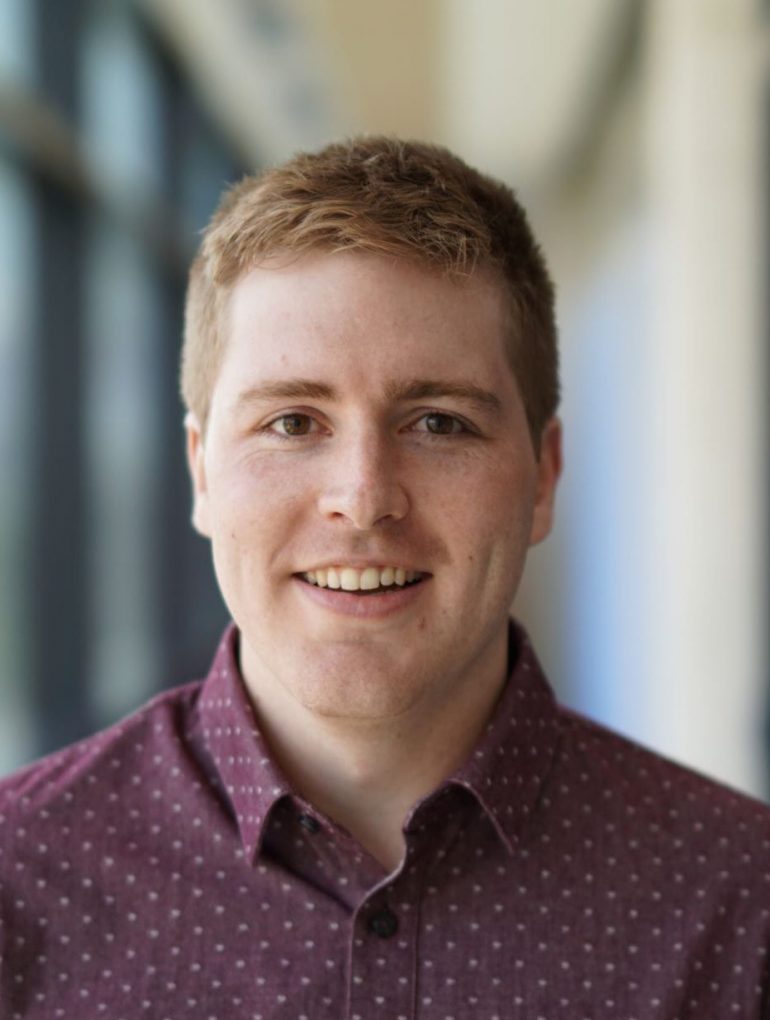 From researcher to product engineer

What do you do at BlueRock Therapeutics?

Peter Aldridge: I’m a product engineer at BlueRock. Our mission is to create a new class of cellular medicines derived from stem cells. We’re taking cells that have been differentiated to match a native cell type, and then injecting those cells in order to restore function lost due to a degenerative disease. Our lead program is Parkinson’s disease, where we are trying to deliver dopaminergic neurons to the brain. We also have active cardiology and immunology programs.

The job of the product engineering team is to develop medical devices to prepare and deliver those cells. Unlike traditional therapeutics, where your drug is a chemical compound, we’re injecting live cells, which means there are some additional considerations to take into account. For example, these cells will be frozen before they’re shipped to hospitals, but will need to be thawed and loaded into a delivery device prior to injection, and we have to do this while maintaining aseptic conditions and without stressing out the cells too much. There are also a lot of variables that can change depending on the organ we’re delivering to; the brain and the heart each present totally different environments to the cells. So we’re constantly working on new prototypes to make the delivery process as simple and effective as possible.

What did you do for your PhD?

Peter Aldridge: I did my PhD work in Prof. Shana Kelley’s lab, designing microfluidic devices to sort cells. My first project was a device to isolate and sort circulating tumour cells (CTCs), which are shed from solid tumours into the bloodstream. Being able to isolate and analyze CTCs in a blood sample provides a way to monitor disease progression in a less invasive way than a traditional biopsy. The challenge is that a blood sample might only have a handful of CTCs amongst a few billion healthy blood cells, so isolating the CTCs becomes like trying to find a needle in a haystack.

In our case, what we did was use antibody-labelled magnetic nanoparticles to target surface proteins that were likely to be found on cancer cells, but not on blood cells. Then, you can basically use a magnet to pull the magnetically labelled cells out of the blood sample. We took that principle and used a microfluidic chip to sort CTCs based on how magnetic they became after labelling. The idea being that if you could identify surface proteins that were indicative of a particularly metastatic phenotype, then you could analyze patient blood samples as a prognostic indicator or to drive treatment decisions.

After studying mechanical engineering as an undergrad and a master’s student, I always saw myself as an engineer first and scientist second, which made BME a really great place to work. While my main focus was to design and fabricate microfluidic prototypes, I got lots of exposure to cell biology and working in a wet lab alongside some really talented people.

What skillsets did you find to be useful and transferrable from your graduate studies?

Peter Aldridge: I like to break this down into two categories: communication/writing and technical skills.

Planning experiments, writing reports, presenting data, making figures, analyzing results, etc., all that stuff I find to be just as useful in an industry setting. Just like if I was writing for an academic journal, I need to be able to communicate to the rest of the company what experiments I’ve been working on and what the results were, so that we can decide what’s working, what isn’t, and what to do next. My PhD helped me develop a lot of those skills.

On the technical side, I draw on the lab work I did at U of T all the time. For example, I doubt I would have been hired at BlueRock if I didn’t have some background in cell culture, microscopy, or some basic knowledge of gene editing techniques, all of which I was exposed to for the first time when I was a PhD student. I’m still designing and testing devices that act on cells in some way, so in that respect there’s a lot of similarities between what I did for my PhD and what I do now.

What advice would give to prospective and current students in biomedical engineering?

Peter Aldridge: PhD is a lengthy process, so you have time for diversions, side projects and outside interests. Even projects that didn’t culminate in a publication ended up being beneficial to me in the long run. Don’t be afraid of investing a few months here and there to learn a new skill, work on a side project, or pursue something different.