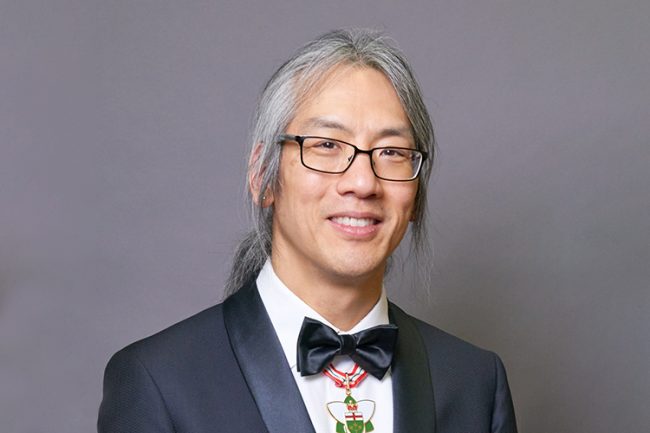 Professor Tom Chau (IBBME) is among five U of T researchers honoured with the university’s President’s Impact Award. Recipients receive $10,000 per year for five years to be used toward their research, and become members of the President’s Impact Academy.

“The University of Toronto is very proud of these researchers, whose work is leading to important change here at home and around the world,” said Vivek Goel, U of T’s vice-president of research and innovation and strategic initiatives. “Their work, across a diverse range of fields, is reaching beyond academia and improving life for a broad cross-section of society locally and globally.”

He was recognized for his contributions to the development of assistive technologies that give children and youth with severe physical limitations the ability to communicate independently.

Chau, who is also the vice-president of research and director of the Bloorview Research Institute, has been a tireless advocate for children with disabilities. He holds more than a dozen patents for assistive technologies, several of which have been licensed to industry partners. His innovations include a blink switch that allowed one child to participate in his bar mitzvah, and a device called a Hummer, which converts vocal cord vibrations (such as a hum) into a digital signal compatible with smart phones, iPads and computers.

“Our lab believes that communication is a fundamental human right,” says Chau. “Our research has shown that communicative intent can be encoded in subtle body movements, orofacial gestures, physiological changes as well as brain signals.

“By creatively tapping into these channels, children and youth who do not have speech or controlled movements have been able to express their thoughts, opinions, and aspirations in meaningful ways.”