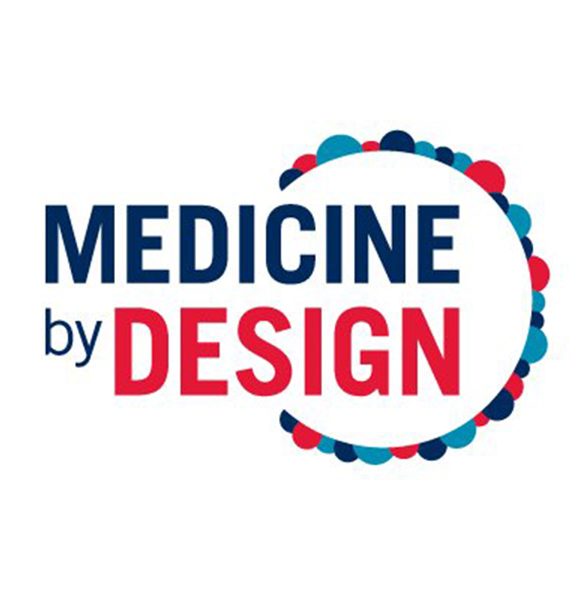 Patients with cystic fibrosis experience recurrent lung infections that eventually destroy their airways, shortening their average life expectancy to 50 years in Canada. Current drug treatments, which target a malfunctioning pathway in cells that causes the infections, are costly and have varying effectiveness.

But now, with funding from Medicine by Design, a researcher at The Hospital for Sick Children (SickKids) is combining stem cells, gene editing and computational modelling to try to hijack an alternative cell pathway in the hopes of restoring lung function in these patients.

“If successful, our study will be the first to provide proof-of-concept that this alternative approach to treating cystic fibrosis is effective,” says Amy Wong, a scientist working in developmental and stem cell biology at SickKids.

Wong’s project is one of seven across the University of Toronto (U of T) and its affiliated hospitals that have been awarded 2020 New Ideas Awards and Seed Fund awards from Medicine by Design. Through this $1 million investment, Medicine by Design is supporting research aimed at advancing new concepts expected to be important to regenerative medicine in the coming years. The funded projects will have potential impacts in diseases and conditions such as vision loss, amyotrophic lateral sclerosis (ALS), intestinal disease in premature babies and more.

“Supporting novel strategies and approaches is crucial to moving regenerative medicine into the future,” says Michael Sefton, executive director of Medicine by Design, and a University Professor at the Institute of Biomedical Engineering and the Department of Chemical Engineering & Applied Chemistry at the University of Toronto. “Our 2020 New Ideas project portfolio integrates mathematical modelling, physics and computational biology with stem cell biology and biomedical engineering, and strengthens engagement with clinicians, who are key to translating our research into patient impact. We are particularly delighted this year to support so many outstanding early-career researchers, who will ensure Toronto remains a global leader in regenerative medicine for years to come.”

Wong is one of three investigators to receive a 2020 New Ideas Award, which is valued at $100,000 per year for up to two years. Four additional projects were selected for Seed Fund Awards of $100,000 each for one year to further develop their potential.

Medicine by Design selected the funded projects from among 36 short-listed proposals, which were evaluated and ranked through an external peer review process. Applications were submitted by clinicians and researchers at U of T and its affiliated hospitals from a wide range of disciplines including biochemistry, biomedical engineering, developmental and stem cell biology, immunology, neuroscience and surgery.

Medicine by Design builds on decades of made-in-Canada excellence in regenerative medicine dating back to the discovery of stem cells in the early 1960s by Toronto researchers James Till and Dr. Ernest McCulloch. Regenerative medicine uses stem cells to replace diseased tissues and organs, creating therapies in which cells are the biological product. It can also mean triggering stem cells that are already present in the human body to repair damaged tissues or to modulate immune responses. Increasingly, regenerative medicine researchers are using a stem cell lens to identify critical interactions or defects that prepare the ground for disease, paving the way for new approaches to preventing disease before it starts. Medicine by Design is made possible thanks in part to a $114-million grant from the Canada First Research Excellence Fund .

Current cystic fibrosis drug treatments target a genetic mutation that causes epithelial cells, which line the airway and act as a barrier against viruses, to function improperly. The mutation affects the function of an important ion channel in cells, called CFTR, which helps to maintain the right balance of fluid in the airways. Poor function causes mucosal obstructions in the airways and prevents clearance of foreign pathogens, which leads to chronic infections and ultimately destroys airway tissue.

In her project, Wong will explore an alternative ion channel in the epithelial cells to determine if it can be hijacked and used to compensate for the lack of function caused by the mutant CFTR. The research will be conducted using a combination of stem cell-derived lung models, gene editing and computational modelling.

“To date, more than 2,000 mutations in the cystic fibrosis gene have been identified,” says Wong. “SickKids scientists and U of T researchers have become the epicentre of incredible cystic fibrosis research to understand how this disease works at the genetic and molecular level.”

Wong says that, while the idea of targeting an alternative pathway is not necessarily groundbreaking on its own, it’s the array of tools now available that makes this idea a potential game changer.

“We have access to an incredible resource of primary cells and stem cells from more than 100 individuals with cystic fibrosis harbouring various mutations.” Wong adds, “Our lab has developed human lung models from stem cells that can be used to model lung disease such as cystic fibrosis. And with new advanced tools in single-cell genomics and gene-editing, coupled with key collaborations for computational modelling, we are poised to find new therapeutic targets for cystic fibrosis.”

Michael Garton, an assistant professor at the Institute of Biomedical Engineering at U of T, has received a Seed Fund award to tackle the challenge of translating the genetic tools of synthetic biology — an area of research that aims to create or redesign biological components using engineering methods — into effective medical therapies against a number of diseases.

But they are difficult to translate into human therapies, Garton says, because the body’s T-cells — immune cells that detect and destroy cells containing foreign material— will identify these tools as foreign and destroy them.

Instead of switching off the T-cells, Garton’s goal is to use computational modelling and high-throughput screening to selectively turn off the body’s foreign antigen display system so the immune system will still respond to foreign invaders when necessary, but allow cells containing synthetic tools to survive. If successful, this approach could enable a new generation of synthetic biology-enhanced cell therapies for a range of diseases.

“Medicine by Design funding will help to facilitate the integration of synthetic biology and regenerative medicine and aid the development of cell-based therapies that perform better than nature,” says Garton.

Other Seed Fund projects will encompass research in repairing the heart after paediatric cardiac surgery, treating an intestinal emergency in premature babies and creating a database for cell lineage paths.