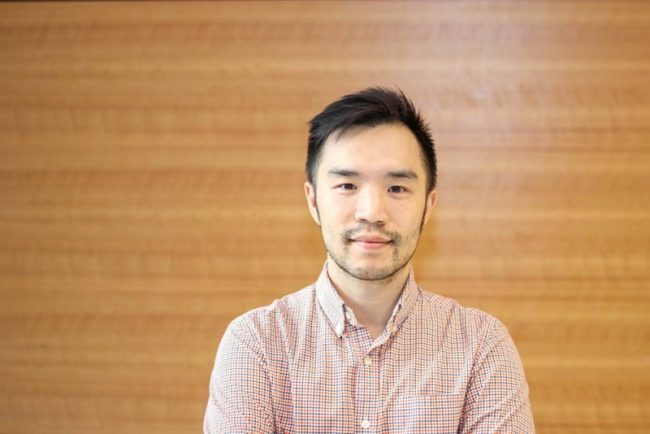 Six U of T Engineering researchers are among nine teams awarded $1.2 million in funding from Medicine by Design to support critical new ideas in regenerative medicine.

Medicine by Design’s New Ideas and Seed Fund awards supports translational research aimed at advancing innovative concepts that are expected to be of critical importance to regenerative medicine in the coming decades, using tools such as synthetic biology and mathematical modelling.

Medicine by Design is a research initiative at U of T with a mandate to accelerate transformational discoveries and translate them into new therapies for common diseases.

“With these awards, we are pushing the frontiers of regenerative medicine by encouraging creativity, risk-taking and excellence at the convergence of science, engineering and medicine,” said Professor Michael Sefton (IBBME, ChemE), executive director of Medicine by Design. “These projects exemplify the best of Medicine by Design by bringing people together across disciplines and institutions to tackle novel questions and test new approaches.”

Professor Leo Chou (IBBME) is collaborating with Bebhinn Treanor from the department of biological sciences to study how DNA nanotechnology could be used to ramp up or dampen immune responses, offering new ways to treat disease.

Their project fuses their diverse expertise. Chou uses a process known as ‘DNA origami’ to pinch and ‘staple’ a long strand of DNA at precise points to create a variety of nanoscale shapes that can arrange biomolecules into precise two- and three-dimensional patterns. Treanor, an immunologist, studies how antigens — fragments of viruses or bacteria with unique markers — trigger immune cells called B cells to produce specific antibodies to bind to, and inactivate, the associated virus or bacteria.

Together, they plan to use Chou’s DNA nanostructures as building blocks to study how the layout, structure and nature of an array of antigens can affect the dynamics and strength of B cell activation.

The immediate goal is to figure out the basic design principles. “Like all good, fundamental studies, it might open up a lot of doors,” says Chou. “It might lead us to interesting biology that we just don’t understand, or haven’t discovered, yet.”

Ultimately, Chou and Treanor hope to create synthetically designed particles that can act as precision vaccines to heighten or dampen immune responses. This approach could lead to more targeted therapies for autoimmune diseases, such as lupus, arthritis and multiple sclerosis, in which the normal immune process goes haywire and mounts an attack on a person’s own cells.

Chou also thinks their technology platform could be applied to better control the activation of other cell types, which could help enable cell-based therapies by making the cell-manufacturing process more efficient.

Other U of T Engineering recipients for the 2019 New Ideas Awards are:

Professor Angela Schoellig (UTIAS) is leading a project that will forge innovative ties between biomedical engineering and robotics. Schoellig is using her Seed Fund Award to study complex collective behaviour in living and non-living systems.

Known as emergence, the phenomenon refers to the dynamic evolution of a system to develop complexity that cannot be easily predicted from the properties of its individual parts. In nature, a common example of emergence is murmuration, which occurs when hundreds of birds congregate and fly in organized, swooping patterns. Schoellig and co-investigator Professor Peter Zandstra (IBBME) are combining their respective expertise in robotic drones and blood-forming systems to gain new insights into emergence that could lead to advances in both fields.

They hope that identifying common elements in these diverse systems will help them understand how a collection of individual entities in a disordered state develops complex, co-ordinated activities, ultimately advancing the capacity to predict and even control desirable emergent behaviour. Such findings could have many applications, including improving the reconstitution of healthy blood systems in patients who have undergone stem cell transplants. The research could also enhance the ability of robots to perform collaborative tasks in dynamic environments, such as airspace defence, search and rescue, and package delivery.

The other U of T Engineering recipient of the 2019 Seed Fund Awards is Professor Roman Genov (ECE). As a co-investigator, he will work with researchers at the departments of physiology and psychiatry to develop personalized treatments for the one-third of epilepsy patients whose disease does not respond to drugs. The team plan to generate cerebral organoids — brain-like mini-organs grown in a dish — from induced pluripotent stem cells derived from patients with drug-resistant epilepsy.  They will then use these organoids to study why the patients have not responded to medication, and to determine optimal pharmacotherapy options.

This story originally appeared on the Medicine by Design site.