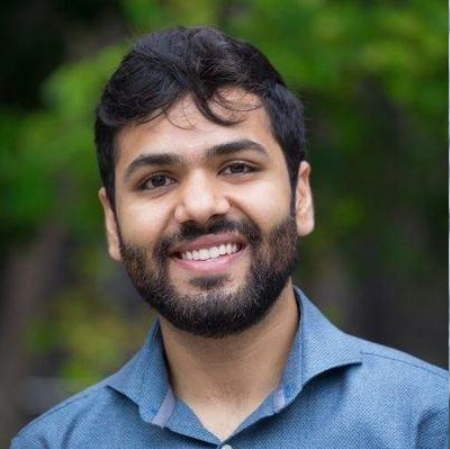 Professor Brenda McCabe (CivMin) and graduate student Kramay Patel (BME MD/PhD candidate) have been honoured by the University of Toronto with Awards of Excellence (AWEX).

The program recognizes staff, students, faculty and alumni who demonstrate an above-and-beyond commitment to enhancing the university experience and who make a significant impact on U of T through their efforts. McCabe has received the Vivek Goel Faculty Citizenship Award, given to a faculty member for their leadership and meaningful contributions in diverse spheres of the University. Patel has been named a UTAA Graduate Scholar, recognizing academic achievement, extracurricular leadership and involvement in the life of the University.

“Professor Brenda McCabe and Kramay Patel have both made exceptional contributions to the Faculty and to the University as leaders, mentors and role models,” says Chris Yip, U of T Engineering Dean. “On behalf of the Faculty, I congratulate these two outstanding community members on this well-deserved recognition.”

Brenda McCabe is honoured for her career-long service to U of T, championing the student experience, representing the engineering profession with distinction, and advancing environmental sustainability.

McCabe joined the Department of Civil & Mineral Engineering (CivMin) in 1997. Appointed Associate Chair, Undergraduate in 2004, she created guidelines for instructors still in use today. In 2006, McCabe became the first woman to serve as Vice-Dean, Graduate Studies for the Faculty, where she championed new courses that brought professional and management learning to the Master of Engineering (MEng) program.

In 2008, McCabe was appointed Chair of CivMin — the first woman to lead any department in the Faculty’s history. She integrated a significant focus on sustainability, she encouraged the creation of student clubs that promote environmental issues, and championed the redevelopment of the Gull Lake Survey Camp facilities.

As chair, McCabe created five new scholarships, named for the first five women to graduate from the department. She also encouraged the heads of other civil engineering departments across Canada to do the same.

Prior to her retirement in December 2020, McCabe distinguished herself in many other leadership roles. She served as academic director of the Engineering Career Centre and provostial advisor on student enrolment, and she played a major role in the development of the Myhal Centre for Engineering Innovation & Entrepreneurship.

Currently president-elect of the Canadian Society of Civil Engineering, McCabe was elected a Fellow of the Engineering Institute of Canada in 2018 and named one of Canada’s Clean50, a recognition for leaders in sustainability in 2012. She was voted Professor of the Year by Civil Club students three times, and received U of T’s Joan E. Foley Quality of Student Experience Award in 2015.

Kramay Patel’s research focuses on using neurofeedback to understand how the human brain learns. He hopes to eventually use his research to help treat neurological conditions such as epilepsy and dementia. He has received many awards, including the prestigious Vanier Canada Graduate Scholarship from 2017 to 2020.

Patel led the inaugural CRANIA Conference, which featured internationally recognized speakers and more than 300 participants from academia and industry, and he co-chaired the 2020 Toronto Biomedical Engineering Conference. He developed new summer student recruitment initiatives at his labs, and has served as a mentor, teaching assistant, judge and guest lecturer. He currently serves on the Integrated Physician Scientist Program Working Group.

In March 2020, Patel founded and led Stitch4Corona, a community effort of more than 700 volunteers who sewed 15,000 fabric face masks, which were donated to food banks, hospitals, clinics and long-term care facilities across the GTA.

A dedicated volunteer at the Toronto Western Hospital and in the community, Patel educates the public about epilepsy and spinal cord injuries. He also contributes to classical Indian dance productions to showcase the beauty of his Indian heritage.

Patel was also chosen as one of two University of Toronto Ambassadors who welcomed the 2020 graduating class to their virtual Convocation.