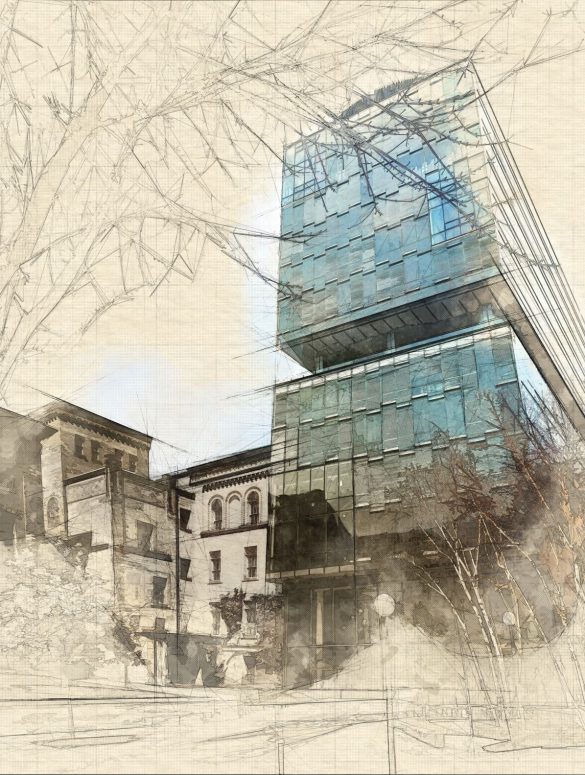 Imagine a set of meandering roads sprawled across the great plane of academia, each representing a distinctive discipline in the realm of research and innovation. Some of these roads may rarely come into contact with one another, while some roads repeatedly converge with each other. Biomedical engineering isn’t as much of a road as it is an intersection, where multiple disciplines can leverage their individual strengths on this fertile ground.

The biomedical engineering spirit is infectious and has started a movement in universities and companies that has lasted over two decades. Conventionally, university entities are organized into silos, where researchers are defined by the field they are trained in. For example, most faculty in a chemistry department obtained a degree in Chemistry during their undergraduate and graduate education. The same can be said about other disciplines. A biomedical engineering department or institute is different. A typical biomedical engineering department or institute can include faculty trained in chemistry, biology, engineering, physics, mathematics, medicine, and even the humanities. The co-localization of varied expertise provides the faculty an opportunity to learn from one another and to look at the problem through different lenses. The students, post-doctoral researchers, technicians, and engineers mingle in this microcosm of academic diversity that leads to creative technological innovations that may solve problems that, in some cases, the end-user did not know existed. Biomedical engineers act as the connectors of different fields, but they can zoom in on the problem.

A biomedical engineer believes in the idea of convergence, where concepts from different fields are merged to solve an important scientific problem.

The culture of biomedical engineering department bodes well for the training of students. The dawn of robotics, artificial intelligence, and automation will eliminate many technical jobs. The future engineer must be nimble and possess an entrepreneurial spirit to build a career where he or she can chart their own path. The biomedical engineering programs at top universities are dynamic – constantly changing to meet the demands of medicine, industry, and education. While this perpetual change may be initially disorienting, it teaches students to adapt to and thrive in rapidly changing environments. It teaches students to be comfortable with the unknown by giving them the tools to identify a problem and to develop a systematic interdisciplinary approach to solving it. Biomedical engineering programs train students to lead and to reach for positive global impact on humanity. This is why over 200 universities have started biomedical engineering departments or institutes in the last 20 years.

The University of Toronto started its biomedical engineering initiative in the 1960s. Since the onset, this initiative has led to a zestful biomedical engineering program. Through the evolution of the program in the last five decades, the Institute of Biomaterials and Biomedical Engineering (IBBME) has acquired many faces and is at the nexus of the entire University’s research enterprise. Originating from the Rosebrugh and Mining building, the IBBME faculty and its trainees quickly expanded their research operations to the Donnelly Centre, MaRS Discovery District, and numerous hospitals across Toronto. Now there are over 300 graduate students in the Institute with undergraduate degrees in engineering, biology, chemistry, physics, psychology, and medicine. This melting pot of researchers make the Institute a special place that leads in developing new engineering principles and scientific discoveries.

The future of biomedical engineering is bright and incredible! The future will be laced with innovation that may be difficult to envision at this point in history. The Institute will participate in this rapidly growing field and is poised to become a global leader in biomedical engineering. This will be accomplished by training our students to be problem driven and self-starters, to think on their feet, to be organized, to be comfortable in an uncomfortable research environment, and to use the tools of the technological revolution to shape the future of medicine. This will have an indelible impact on human health and well-being.