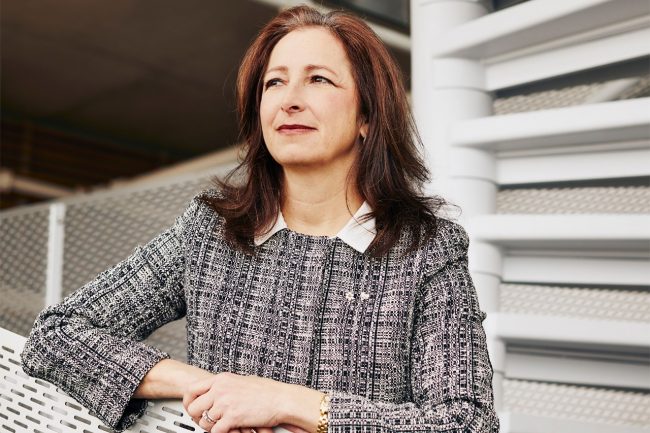 University Professor Molly Shoichet has been a longstanding advocate for women in STEM, as well as a leading voice in the advancement of science and engineering knowledge within Canada. (Photo: NSERC/CRSNG - Sylvie Li)
Share

University Professor Molly Shoichet (ChemE, BME, Donnelly) has been named one of the Top 100 most powerful women in Canada by Women’s Executive Network (WXN). The list recognizes the country’s highest achieving female leaders in the private, public and not-for-profit sectors.

“It is a great honour to be included among this group of game-changing, successful people, and even more wonderful to share this award with women leaders across Canada,” says Shoichet. “Growing up with ‘girl power,’ and a fantastic role model in my mother, Dorothy Shoichet, I’m thrilled to have the opportunity to forge new paths and have these be recognized.”

In addition to being named one of the country’s most powerful women, Shoichet was also recently awarded Canada’s top science prize, the Gerhard Herzberg Canada Gold Medal for Science and Engineering.

Conducting research at the intersection of engineering, chemistry and biology, Shoichet and her team is world-renowned for their innovative use of 3D hydrogels. The biomaterial has enabled drug discoveries for breast and brain cancer, as well as a rare lung disease. Shoichet’s lab also focuses on regenerative medicine strategies to promote repair of the brain after stroke and overcoming blindness.

Shoichet has been a longstanding advocate for women in science, technology, engineering and math (STEM), as well as a leading voice in the advancement of science and engineering knowledge within Canada. After being named the L’Oreal-UNESCO for Women in Science Laureate in 2015, she contributed the cash award towards establishing the Dorothy Shoichet Women Faculty of Excellence Award. Named in honour of her mother, the award aims to support pre-tenure women faculty and increase the proportion of women science professors at the University by providing teaching relief — literally buying time for faculty to focus on research.

Shoichet has advised both federal and provincial governments through her service on Canada’s Science, Technology and Innovation Council and the Ontario Research Innovation Council. From 2014 to 2018, she was the Senior Advisor to the President on Science & Engineering Engagement at the University of Toronto. She is the co-founder of Research2Reality, which uses social media to promote innovative research across the country. She also served as Ontario’s first Chief Scientist, with a mandate to advance science and innovation in the province.

Shoichet is the only person to be elected a fellow of all three of Canada’s National Academies and is a foreign member of the U.S. National Academy of Engineering, and fellow of the U.K.’s Royal Society — the oldest and most prestigious academic society.

Shoichet also holds the distinction of University Professor, a title held by less than two percent of the faculty at the University of Toronto. In 2017, she was awarded the Killam Prize in Engineering. She is a member of the Order of Ontario and an Officer of the Order of Canada.

“This recognition is a testament to Professor Shoichet’s enormous influence and impact in research and science advocacy, not only within Canada but around the world,” says Chris Yip, Dean of U of T Engineering. “On behalf of the Faculty, I extend my congratulations to Molly on being named one of the most powerful women in Canada, and for being such an inspiration to our engineering and science community.”